The transformation of deprived urban areas is important for strengthening social sustainability in particular localities, and it is also instrumental in attracting new investments to cities. Speculative urban development, however, often ignores the social importance of localities and considers them mere economic assets that can be stripped of historical, social, and symbolic meaning and turned into easily marketed commodities. This article examines the somewhat contradictory role of the transformation of deprived urban areas in cities. It compares Barcelona and Seoul, two cities with different historical, cultural, and institutional contexts. The 22@ Activity District in Poblenou and Wangsimni New Town are explored as case studies to understand how urban regeneration and urban redevelopment are embedded in a particular locality and what consequences they have on social sustainability. Although the two cases differ in terms of planning approach, stakeholders, and institutional contexts, the findings suggest that the consequences for social sustainability were similar in both. The article argues that declining social cohesion and a lack of citizen participation were a consequence of speculative urban development, in which urban regeneration and urban redevelopment were instrumentalized to attract investments, strengthen economic competitiveness, and improve the city’s global appeal rather than address diverse local challenges.

Cities in East Asia are some of the world’s largest urban agglomerations. Their growth is a result of rapid economic and urban development, where little attention was paid to the environmental or social consequences in the past. In the aftermath of the global economic slowdown, these approaches do not work anymore, and cities are faced with growing social and economic uncertainties. Local governments are thus looking for new urban policies to address these uncertainties in a more comprehensive and sustainable way. Seoul is no exception in this regard. Seoul Metropolitan Government introduced new urban policies, which aim to strengthen social cohesion and contribute to more sustainable economic and urban development. Urban regeneration of deprived urban areas plays a key role in these efforts.

This study takes Sangwangsimni and Haebangchon in Seoul as a case study to better understand the changing approaches of Seoul Metropolitan Government to transform deprived mixed-used areas and consequences of these approaches on traditional industries. The authors have conducted policy analysis and in-depth interviews with residents, local business, civic groups, experts and public officials, involved in the transformation of both localities. The research results show that the local government failed to recognise the importance of traditional industries in Sangwangsimni, which led to their decline. In Haebangchon, on the contrary, traditional industries are recognised as important assets, which will be preserved. This change came largely as a result of an emerging partnership between the local government and different stakeholders in the locality. 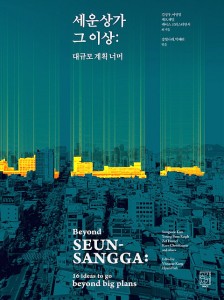 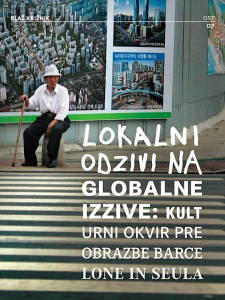